Text Messaging Etiquette: The Dos and Don’ts of Texting Your Casual Hookups

Without a doubt, it’s important to know how to actually text women. Knowing all about texting women is going to end up getting you on their good side, and getting them in the mood. Being that guy that leaves in the middle of texting or just makes it really weird and a lot more work for her isn’t going to get you very far in the realm of adult dating, and you do need to keep that on your mind. 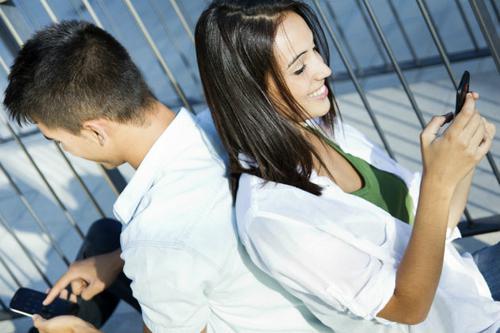 It’s not even just a matter of knowing when and how to text; it’s knowing what to text, too. If you end up going overboard, she’s probably not going to end up wanting to chat with you very often, and there’s a good chance that she’s going to end up making fun of you on the side. Obviously, this is the kind of behavior that you’re just going to want to learn to avoid, and you definitely don’t want to end up putting her off just because of a silly text message.

Knowing how to talk to her and how to really get her interested in chatting back is important. We’ve set up entire sexy role plays through our text conversations in the past, and that’s something that you should strive to learn how to do. If you can get that done, then you’re going to end up having a much easier time getting her in bed later on. These ladies want to have fun, and that can end up starting over text messages from the very start of it all.

We know that you’re really, really ready to get into text messaging girls, but that doesn’t mean that you need to end up spamming her with every single last text that you’ve got in mind. You need to take it easy, and you need to remember that there’s a way to talk to her over texts. If you end up sending her a ton of short texts, that’s not exactly going to endear you to hear. That’s just going to irritate her that you’re blowing up her phone, and it’s going to make her way less likely to end up texting you back in the first place.

Once you’ve got it in your head not to spam her and irritate her with everything that you’re sending, you’ll find out that you can actually make your conversations meaningful. You need to really focus on making sure that you’re texting her for a reason, not just to shoot the shit. The thing is that these women don’t want to end up wasting time talking to a guy that’s not going to talk about plans, or talk about the next time that they’re having sex. This is really going to frustrate them, so keep that in mind.

You want to make sure that you’ve got something in mind every single time. Talk to her about the next time that you want to meet up, and give a set date and time. That’s going to get her talking to you about either alternate plans or it’s going to end up helping you set the date further in stone. She’ll be really glad that you’re texting her about something useful, and not just to harass her in general. Too many times do guys get caught in that loop, and that’s not going to get you laid–trust us.

Remember in general that texts are supposed to be short and succinct, but that doesn’t mean that it should be the sort of thing that you do nothing but text speak on. Women aren’t usually aroused by that, and if you start getting into a sexting mood, that’s not going to really end up working for anything. You need to make sure that she’s actually feeling like you’re interested in the conversation, and not just trying to type as quickly as possible and have it done with. She’ll be put off, because women in general tend to write out longer text messages.

Women aren’t exactly complicated when it comes to text messages, but you do need to put some effort into it. By doing this, you’re going to end up in her bed a lot more often–and she’s going to be way more interested in you. These women want a guy that’s going to carry on a conversation with them, or make plans. It makes you seem much more confident and it makes it seem like you know what you’re doing, and even if you’re faking it, that can go a long, long way.