That first date that you have with her is going to end up setting the tone, and you want to make sure that you don’t end up ruining everything. By standing out as a great guy and having a good time with her, you’re basically going to end up hitting the mark every single time…but that’s a perfect world, and there are a lot of ways that you can have that first date ruined. We know the best ways to avoid that, fortunately. 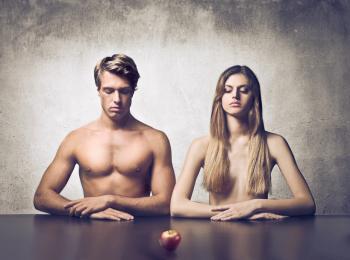 Be careful on that first date.

We’ve been on a lot of dates from ladies online, and it’s not always going to turn out the way that you want it to. That’s why we’re here to share our experiences, and make sure that you don’t end up making some of the mistakes that we’ve been making over the years. We’ve narrowed down what it really takes to actually ruin that date, and make her never want to come back.

By knowing these things, you stand a much better chance of avoiding them, and not ending up on her wrong side from the very beginning. In general, these ladies aren’t going to be very sympathetic if you do these things, so make sure to avoid them like the plague. If you can do that, then you’re going to probably end up in her bed instead of at the computer again with your dick in your hand–trust us on that much!

These are the top five date ruiners.

We know the top five things that will ruin your date right off the bat, and it all starts with drinking way too much. It’s important that you take this bit of first date advice and really remember it, because it can end up being the bane of your existence if you aren’t careful about it.

After drinking too much, showing up without taking a shower is a really big issue that we’ve seen a lot of guys run into. You’d think that this would be common sense, but shockingly, this ends up being something that a lot of guys just don’t even seem to think about before they end up showing up on their first sexy date with a hot girl.

You also want to make sure that you’re either cleanshaven, or that you’ve trimmed your beard. If you aren’t doing this, then that can end up being a huge problem that really turns your lady off. Obviously, you don’t want her to run screaming for the hills.

The same goes for your clothes. Ruining your date by not being dressed nicely–or in clean clothes–can end up really murdering the scene, and it can end up making her feel like she’s just wasting her time with someone that’s not serious about treating her to a good time at all.

You also don’t want to try and take her home on the first date. Settle for a hotel, and if you don’t do this, then she’s probably not going to feel comfortable enough about coming back to see you again. Most women aren’t going to want to end up going to a stranger’s house, no matter how hot he is. They’re cautious for a reason, and that’s something that you’re going to really want to respect if you’re using these kinds of sites. Never, ever try to start that first date off by inviting her back to your apartment.

Another sect of ruining that first date can come from talking about certain things over the dinner table. One of the biggest problems that can happen and ruin your date is talking about politics and religion, which are things that are really just best left for more in-depth relationships.

You also don’t want to end up getting too caught up in your own idea of fun. Don’t shoot down things that she talks about that you don’t like. This can include movies that you are disagreeing on; if the two of you aren’t going to end up having a kind conversation about it, then it’s best to just stop.

You also don’t want to end up talking too much about animal rights, gay rights, or anything else of the kind. Remember, this is about sex, not a political mission. You don’t want to end up getting into an in-depth conversation that’s only going to end up making you both annoyed and frustrated before you get into the bedroom.

You also don’t want to talk about other relationships. This is a chance to get laid, not a chance to talk about your ex. Waxing poetic about the things you’ve done wrong there is only going to turn her off, and it’s going to make her leave you hanging in about two seconds flat.

Finally, we highly recommend that you don’t rush it. If you rush too quickly to get to the sex, she’s never going to want to end up hopping in the sack with you. Take your time, take it easy, and focus on having a good time with her above everything else. If you can follow all of these dating tips, then you’re going to end up really seeing much better results than you would otherwise.