Being a gentleman when it comes to online dating isn’t something that’s rocket science. It just requires a bit of know-how, and it requires knowing how to type things without making ladies feel offended about anything that you’re saying. You don’t want women to be able to walk all over you, however, just like you wouldn’t anyone else in life. If you can stand out of the crowds by being a gentleman that’s still capable of taking charge, then you’re going to end up scoring some amazing lays. 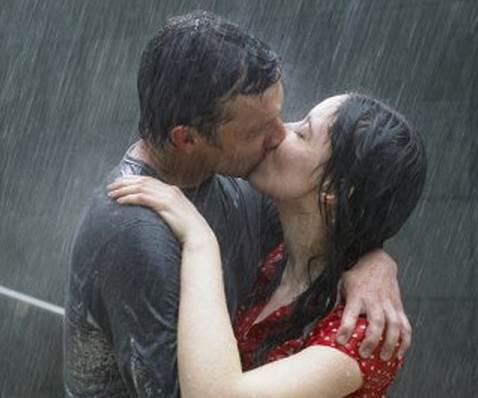 If you can be a gentleman, she’ll love you.

Women want guys to treat them right. They want men to open up doors for them and pull out their chairs, and they also want to feel as if they’re appreciated and spoiled. That doesn’t mean that you should let them order you around, however; you still need to be respected, just as much as you’re respecting them. You need to be able to walk that fine line, and find out how to make sure that you’re not ending up being a total doormat.

Don’t be a pushover.

Obviously, there’s a fine line that you’re going to need to learn how to walk when it comes to these ladies online. You never, ever want to come off as a total pushover, and you need to know how to make being in charge sexy. If you’re too dominant, she’s going to end up annoyed and frustrated, and if you’re too wimpy, she’s never going to end up sleeping with you. By being able to skirt that line, you’re going to really end up getting the kind of experiences that you’ve been looking forward to all along.

Being a pushover means that you’re letting her call all the shots. In adult dating, that’s not usually going to work. You want to make sure that you’re respecting her and letting her have what she wants out of the situation, but you also don’t want to end up unsatisfied. You want to make sure that you’re getting what you want out of it, too, and that means politely laying down a few ground rules, and letting her know that you’re really looking for certain things out of the arrangement that the two of you are going to end up having. Start this sooner, rather than later.

If you lay down those ground rules from the start, the likelihood that she’s going to walk all over you is very, very slim. Chances are, she’s going to agree, set a few rules of her own, and then the two of you will be able to relax and have fun around one another without worrying about unnecessary posturing or pushing and pulling. That’s going to make your sexual experience that much more relaxed, too, and it’s going to make her feel like she’s getting a great time out of the experience that she’s having with you in general.

Know when too much is too much.

Women like it when guys are polite and gentlemanly, but you don’t need to be tipping your fedora at her. There’s a time and a place for it, and it’s usually at the beginning of your negotiations. She’s not going to want you to be an incredibly pushover in bed, unless that’s a specific kink of the two of you. You want to make sure that you’re giving her what she is asking for, and you don’t want to end up holding back from that just because you’re worried about being absolutely and perfectly polite all of the time.

When it comes to being polite in general, however, you can usually end up discussing how far she wants you to go. Ask her if she wants to pick up part of the bill, or she’d rather let you handle it. Those little things can end up making your fun, hookup adventures a lot easier to deal with, and you can also end up asking beforehand if she’s the kind of lady that really likes to be pampered at a dinner table. This includes having her chair pulled out, her drinks poured for her–that sort of thing in general.

By covering all of these bases, you’re going to find it much easier to actually have the kind of evening that you’ve wanted all along, and you’re going to end up having a lot more fun with her. She’s going to be way more interested in hopping in the sack with you, and that’s going to make your evening that much more enjoyable. Trust us when we say a little bit of politeness can go a long way…but you don’t have to end up overdoing it just for the sake of getting on her good side.