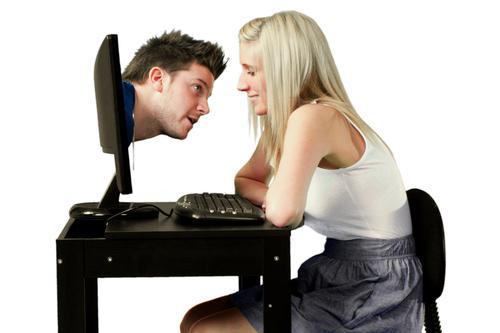 This is an important dating tactic.

There are a few ways that you can end up getting to the top of a search engine, and we’ve mastered all of the tactics surrounding them. Adult search engines are usually pretty basic, but that doesn’t mean that you can’t game them and end up using them to their full potential. Women want to be able to find men that they are attracted to, and that’s why it’s so important that you’re able to reach out to them with a solid profile picture and a lot of keywords that are related to similar interests.

You can’t just have the basic profile filled out on these sites. If you try to do that, it’s only going to end up giving you a headache and a half, and you don’t want to end up wasting your time twiddling your thumbs while women just aren’t finding your profile. This will make a huge difference, and it will end up getting you laid much more often if you can end up mastering the tactics that we’ve got to hand out right here.

Your profile picture is a huge part of your dating strategy–or at least, it should be. With a proper profile picture, you can really end up getting ladies to pay a lot more attention to you. It’s not a matter of even being attractive. You just need to be average, and you need to know your angles. We’re all pretty average guys here–no super models among the bunch–and that means that we’re just really good at working those angles, and always taking the time to smile in the pictures that we post online.

Don’t just keep reusing the same pictures. Try to take nice ones in different areas, with smiles always on your face. You want to make sure that you also post some pictures that might lend the idea of wealth or fun to her. You can take a picture in front of a nice car or house, and you can take a picture on a beach that you recently visited. Anything like this is going to give her the idea that you’re doing pretty well in life, and that you’ll be able to give her a good time while you’re hooking up.

The next dating tip: keywords.

Keywords are important on any site, and that’s something that you’re going to need to pay attention whenever you’re using adult dating sites, too. You want to always make sure that you’re talking about your interests in different descriptors, so for example: if you like hiking, then you can talk about hiking, running, the outdoors, and being an outdoors person. All of these things are much more likely to hit on a search engine, and you’re going to end up being found at the top of her list that much more often.

If you can end up doing the same when it comes to different sex acts, that can also help. Don’t riddle your profile with a whole lot of profanity, as that can often actually put you lower on the list of search engines. Make sure that you do, however, talk about the things that you’re into in a polite, professional manner, and always try to take the time to list them in a way that’s not going to be offensive. Women are going to be put off by that, no matter how high up on the search list you end up being.

Finally, if you have high rates of responses, this can end up putting you higher up on a search engine list. You’re going to end up ranking higher on the site, and so it really can pay off for you to be active and for you to talk to a lot of different women. Don’t spam them, obviously, because this can end up getting you blocked or banned, but do take the time to strike up conversations with more than just one woman a week. This can really pay off.