Dating messages on hookup sites can be a mystery to a lot of guys, but that doesn’t have to be the case. Rather than being a mystery, you should be able to go in knowing what to say, and fortunately, that’s what we’re here to help with. The women on these sites don’t want to just have a ton of canned responses; they want to actually have fun with you, and that’s what you should be gaming up for with your messages. You want to come off as fun, and not as a creeper. 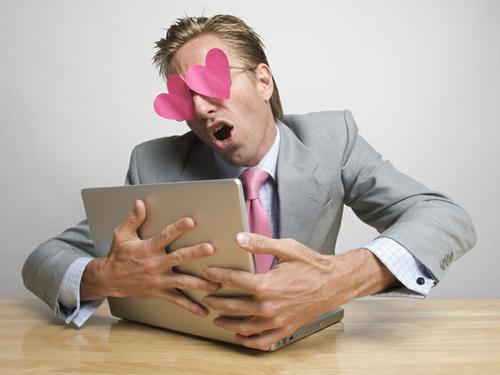 The right message can save you on a hookup site.

If you don’t know what to talk about in a message, then you don’t really need to message her. This is a rule that we’ve stuck with, but it does end up going beyond that–you want to make sure that you actually know how to talk to women on these sites in the first. Coming off as a total creeper isn’t something that we’re going to ever want to see happen to you, and unfortunately, a lot of guys just try to go way too far and fast with the sex stuff.

We know that you really want to get laid, but immediately starting off with a conversation about sex isn’t going to be the way to go. These women aren’t going to end up being attracted to that. They’re going to end up frustrated and grossed out, and they’re going to block you. That’s why you need our advice to get you off the ground, and to really stand out in the crowds of sweaty, gross guys online.

We’ve got examples for you.

Understanding how to craft that first message to her is understanding what you want to talk to her about in the first place. If you don’t know how to write a dating message on a hookup site, don’t worry–we can help you with that. It’s all a matter of picking a similar interest that you see listed on her profile, and talking to her about that. You always want to end up leaving a question in the message for her to answer, and if you can’t do that, then you’re probably not going to get a response.

This is an example of a good message that you can send her:

Hi, Marianne. I saw that you were really into going to the beach. I’m a beach bum myself, and I love being able to hit the waves and surf. I’ve done a bit of snorkling, but I’ve been so busy lately that it’s hard to connect to anyone else out there.

I’m wondering if you might want to hit up that hotel bar that’s near the ocean this weekend. I’d love to check out the waves with you and then get a bite to eat if that sounds okay. Let me know!

What you always need to remember is that these ladies are adults, just like you. They want to talk about adult things, not just about stupid, oversexed conversations that are going to end up turning them off. If you’re going to talk to her, talk to her about interests, and don’t immediately zero in on how big her boobs are. That’s just going to end up making her run for the hills, and it’s going to group you in with most of the other guys that are on these sites.

If you want to stand out whenever you’re striking up conversations with these ladies, then you want to make sure that you aren’t immediately talking about her body. It’s fine to compliment her eyes or her smile, but if you talk about her breasts or her butt from the beginning, that’s only going to end up making her back away and not answer your message. Serious women on these sites aren’t going to immediately be posting nudes; they might have something tasteful up, but that’s about as far as that’s going to end up going.

Adult dating might sound complicated because of this, but it’s not. The message example that we ended up posting here for you to see is the kind of message that we’ve sent out dozens of times, and it’s almost always gotten us a positive response. You want to focus on interests, and immediately come up with a location for the two of you to meet. You always also want to make sure that you’re giving her a pretty set time. She’s not going to ever say yes if you don’t have a specific time in mind from the very beginning.

All of this put together is going to really amp up your success, and it’s really going to end up making her pay attention to you a lot more. These ladies are going to end up answering your messages in bulk and that’s going to end up getting you to the top of the search engines on these sites a lot faster. With our help, you’ll be able to get laid in no time.

One last tip: don’t ever get frustrated or angry enough to name call. These women won’t appreciate it, and you’ll get blocked!